Invivyd is a biopharmaceutical company on a mission to protect humans from serious viral diseases. The company is developing antibodies to transcend the limits of naturally occurring immunity to provide superior protection from viral diseases, beginning with COVID-19.

Weak and short-lived mucosal immunity is a hallmark of seasonal influenza, respiratory syncytial virus, as well as SARS CoV-2, the virus that has driven the global COVID-19 pandemic.

SARS-CoV-2 continues to inflict an unacceptable burden on humankind. The antibody immune response to vaccines has helped keep us alive but leaves us at continued risk. Nonetheless, SARS-COV-2 remains a leading cause of U.S. death in 2022. To be safe and well, we require higher quality, more durable antibodies than our immune systems can produce in response to vaccination or infection.

Our discovery technology and platform is designed to match and overcome the challenges of viral evolution.

Our platform approach has yielded a pipeline of next generation engineered antibodies designed to provide robust and broad neutralization across past and current SARS-CoV-2 variants of concern, including wildtype, Beta, Delta, and Omicron BA1, BA2, BA5, and BA2.75.

We are prepared to submit our lead product candidate for the prevention and treatment of COVID-19, adintrevimab, for Emergency Use Authorization (EUA) should a susceptible variant arise. In the event that a new variant emerges which is neutralized by adintrevimab, our inventory of more than 700,000 doses could be deployed in as little as 60 days after authorization.

Beyond COVID-19, we are leveraging our robust antibody discovery and development capabilities to develop therapeutic or preventative options for other respiratory viral infections, such as seasonal influenza. 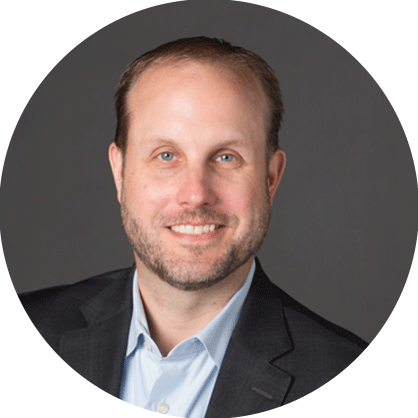 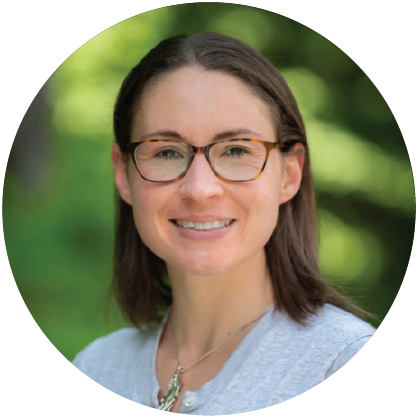 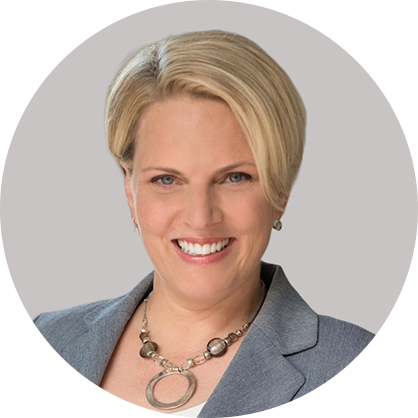 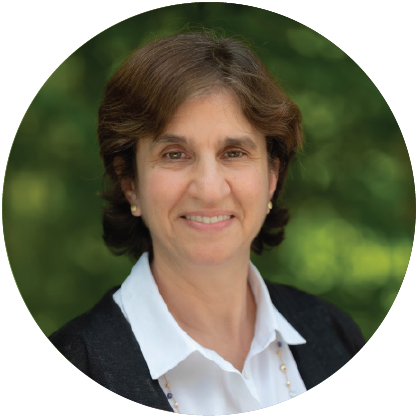 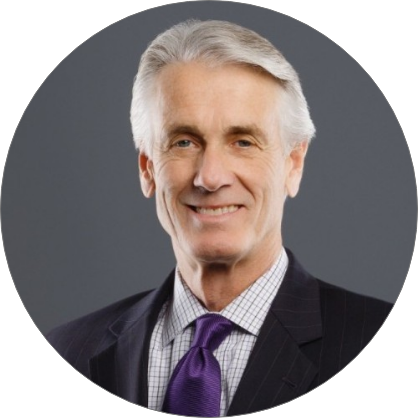 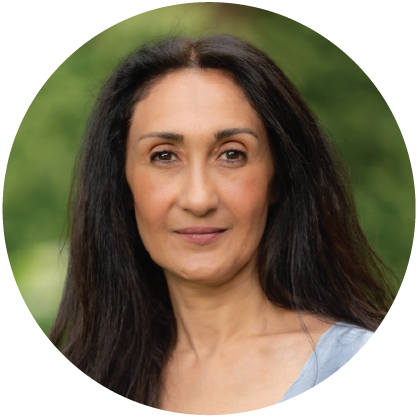 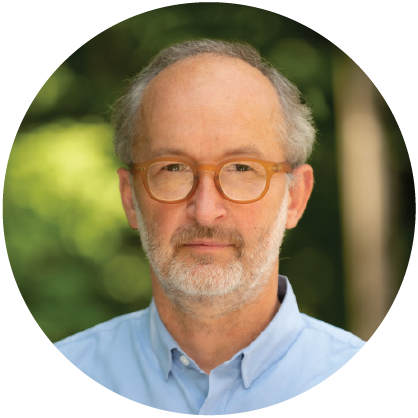 Dr. Gerngross is currently a venture partner at SV Life Sciences Advisors, LLC, which he joined in 2006. Dr. Gerngross co-founded GlycoFi, Inc. and served as its chief scientific officer from 2000 to 2006 until it was acquired by Merck & Company, Inc. Dr. Gerngross currently teaches at the Thayer School of Engineering, at Dartmouth College, where he has taught since 1998. Dr. Gerngross received a B.S. and M.S. in chemical engineering and a Ph.D. in molecular biology from Technical University of Vienna.

Laura Walker, Ph.D. is our co-founder and has served as our chief scientific officer since June 2020. In addition, Dr. Walker has served in various roles at Adimab, LLC, including group leader since May 2012, and has served as senior director of antibody sciences since October 2019. Dr. Walker received a B.S. in biochemistry from University of Wisconsin-Madison and a Ph.D. in microbiology and immunology from The Scripps Research Institute.

Rebecca Dabora, Ph.D. has served as our chief technology & manufacturing officer since July 2020. In addition, Dr. Dabora is currently serving as principal for RDBio Consulting LLC since July 2005. Prior to joining Invivyd, Dr. Dabora served as interim chief technology officer of SwanBio Therapeutics, Inc. from July 2019 to July 2020 and chief technology officer of Aspyrian Therapeutics, Inc. from March 2016 to March 2017. Dr. Dabora received a B.A. in biochemistry from Bowdoin College and a Ph.D. in applied biological sciences and biochemical engineering from the Massachusetts Institute of Technology. 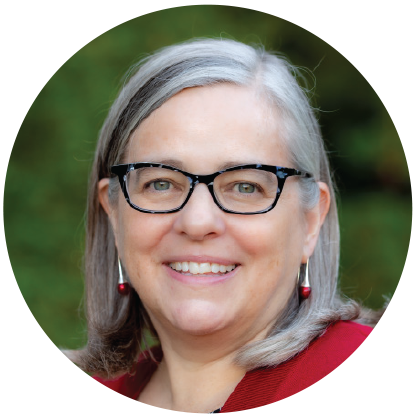 Lynn Connolly, M.D., Ph.D. has served as our chief medical officer since July 2020. Prior to joining Adagio, Dr. Connolly served as senior vice president, clinical research from March 2020 to July 2020 and vice president, clinical research from March 2018 to February 2020 of Vir Biotechnology, Inc. Dr. Connolly served as vice president and head of late development from January 2017 to March 2018 and senior medical director from January 2016 to January 2017 of Achaogen, Inc. Dr. Connolly received a B.A. in molecular biology from University of California, Berkeley and a M.D. and Ph.D. in cell biology from University of California, San Francisco.

David Hering, MBA is our chief executive officer and a member of our Board of Directors. Prior to joining  Invivyd, Mr. Hering served as the head of the mRNA global franchise business of Pfizer, Inc. from April 2021 to June 2021, the president of North America Vaccines of Pfizer, Inc. from December 2018 to April 2021 and the vaccines commercial officer of Pfizer, Inc. from June 2015 to December 2018. Before joining Pfizer in 2015, Mr. Hering spent seven years at Novartis Vaccines, where he held the position of head of the North America region. Mr. Hering received an MBA from Harvard Business School and a B.S. in operations research and industrial engineering from Cornell University. 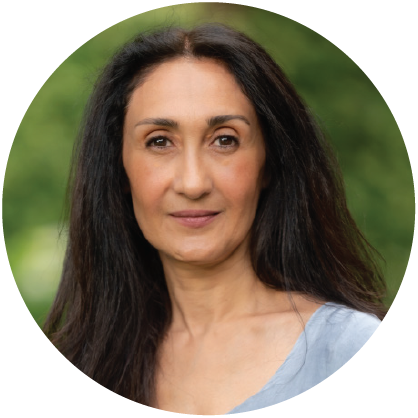 Elham (Ellie) Hershberger, Pharm.D. has served as our chief development officer since June 2020. Prior to joining Invivyd, Dr. Hershberger served as president of EMH Consulting Group, Inc. from July 2017 to October 2020 and as head of clinical development of Visterra, Inc. from January 2016 to July 2017. Dr. Hershberger received a B.S. in chemistry from University of Minnesota and a Pharm.D. from Ferris State University. 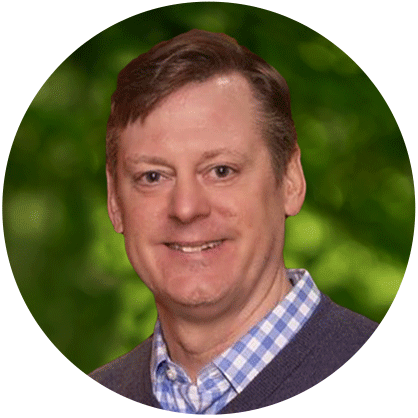 Eric Kimble, MBA has served as chief commercial officer since September 2020. Prior to joining Invivyd, Mr. Kimble served as chief commercial officer for Entasis Therapeutics, Inc. from April 2019 to September 2020 and as a consultant for various emerging biotechnology companies from June 2013 to April 2019. Mr. Kimble received an A.B. in English literature and business economics from Brown University and an MBA from the Harvard Business School.

Jill Andersen, J.D. has served as chief legal officer and corporate secretary since November 2021. She joins Invivyd from Oyster Point Pharma where she served as general counsel, corporate secretary and chief compliance officer, and recently led and supported critical components of the company’s first FDA approval and product launch. Prior to that, she was with Bristol Myers Squibb, following the Celgene acquisition, and served as vice president, head of legal for the inflammation & immunology global franchise. Prior to joining Celgene, she held positions of increasing responsibility at Novartis, including senior leadership roles in legal and compliance at Novartis Pharmaceuticals Corporation, Novartis Consumer Health and Novartis Services. Ms. Andersen has worked extensively on matters related to product development, marketing approval and commercialization, including product launches across multiple therapeutic areas. Her experience also spans corporate governance, securities, corporate transactions, IP, litigation and investigations. Prior to joining the pharmaceutical industry, she was an Assistant U.S. Attorney for the District of New Jersey and was a litigation associate at the law firm of Davis Polk & Wardwell. She holds a J.D. from Wake Forest University, School of Law and a B.S. in finance from Boston College.

Terrance McGuire has served as a member of our board of directors since October 2020. Mr. McGuire has extensive expertise in the biotechnology industry, having spent his career in venture capital and as a director of several biotechnology companies. Mr. McGuire is a founding partner of Polaris Partners, a venture capital firm investing in technology and healthcare companies, since 1996. In addition, Mr. McGuire also currently serves on the boards of directors of Cyclerion Therapeutics since 2019, Seer since 2017, Alector since 2013 , and Adimab, LLC since August 2007. Mr. McGuire received a B.S. in physics and economics from Hobart College, an MBA from Harvard Business School and an M.S. in engineering from the Thayer School at Dartmouth College.

Tom Heyman has served as a member of our board of directors since June 2021. Mr. Heyman previously served as the president of Johnson & Johnson’s Corporate Venture Capital Group from April 2015 to September 2019 and as the global head of business development for Johnson & Johnson’s Pharmaceutical Group from March 1992 to March 2015. In addition, Mr. Heyman previously served as chief executive officer of Janssen Pharmaceuticals from November 2008 to November 2016. Mr. Heyman has served as a director of OptiNose, Inc. since December 2020 and a director of Akero Therapeutics, Inc. since June 2020. Mr. Heyman received his Master of Laws from Katholieke Universiteit Leuven.

Michael Wyzga is the president of MSW Consulting, Inc., a private company focused on strategic biotechnology consulting, a position he has held since November 2013. Prior to that, he served as president, chief executive officer and a member of the board of directors of Radius Health, Inc. From 1993 to 2011, Mr. Wyzga served in various senior management positions at Genzyme Corporation, including as executive vice president, finance and as chief financial officer. During his time with Genzyme, Mr. Wyzga played key roles in the successful development and commercialization of a number of important therapies, including Cerezyme for Gauche disease, Fabrazyme for Fabry’s disease, Renagel for use in the treatment of dialysis patients and Campath for chronic lymphocytic leukemia. Mr. Wyzga has served on a number of public company boards, including at Mereo BioPharma Group plc, OncoMed Pharmaceuticals, Inc., X4 Pharmaceuticals, GenSight Biologics, LogicBio Therapeutics, Akebia Therapeutics, Inc., Idenix Pharmaceuticals, Inc., Prosensa Holding B.V. Mr. Wyzga received an MBA from Providence College and a B.S. from Suffolk University.

Ms. Lindenboom currently serves as the Senior Vice President, Investor Relations and Corporate Communications of Alnylam Pharmaceuticals, Inc. (NASDAQ: ALNY), a biopharmaceutical company, where she has been employed since September 2015. Prior to Alnylam, Ms. Lindenboom served as Senior Director, Corporate Affairs for Pfizer, Inc. (NYSE: PFE), a multinational pharmaceutical and biotechnology corporation, from December 2013 to September 2015. Earlier in her career, Ms. Lindenboom served in various positions at Amgen, Inc. (NASDAQ: AMGN), a multinational biopharmaceutical company, from April 2006 to November 2013, most recently serving as Director, Media Relations, Global Communications and Philanthropy at the time of her departure. Ms. Lindenboom currently serves on the board of directors of Kendall Square Association, an internationally recognized innovation district located in Cambridge, MA. Ms. Lindenboom received a B.A. from Northeastern University.

Tamsin Berry has served as a partner at Population Health Partners, a global investment firm, since June 2020. Since November 2021, she has served as non-executive director, and also as a board member, of the Global Pathogen Analysis Service, a not-for-profit pathogen surveillance bioinformatics company. Since March 2021, she has served as an advisor to EQRx, a biotechnology firm. Since December 2020, she has served as advisor to University of Oxford for the Global Health Security Consortium, which includes University of Oxford, the Tony Blair Institute and the Ellison Institute of Transformative Medicine. From February 2019 to March 2020, she served as the director of the UK Office for Life Sciences, where she worked with Sir John Bell to write the UK’s Life Sciences Industrial Strategy. She previously served as Deputy Director of the UK Office for Life Sciences, from November 2015 to February 2019. Ms. Berry has held a number of leadership positions in government, spanning policy, corporate, and communications roles at the Cabinet Office, Department of Health, and Public Health England. From March 2020 to June 2020, her final role was in the COVID Taskforce, where Ms. Berry was the senior responsible officer for serology and seroprevalence at the start of the pandemic and was awarded an OBE for her work. Ms. Berry received a bachelor of laws degree from the University of Nottingham and a master’s degree from the University of Leeds.

Marc Elia has served as the founder and chief investment officer of M28 Capital Management L.P., a healthcare sector investment fund, since September 2019. Prior to that, from January 2012 to September 2019, Mr. Elia served as a partner at Bridger Capital, an investment fund. Mr. Elia serves on the board of directors of SQZ Biotechnology, a clinical-stage biotechnology company, and Fractyl Health Inc., an organ editing metabolic therapeutics company. Prior to his career in investing, Mr. Elia held various roles across the biotechnology industry at N30 Pharmaceuticals, Chiron Corporation, and L.E.K. Consulting. Mr. Elia served as a director of the Company from July 2020 to April 2021. Mr. Elia holds a B.A. in Economics from Carleton College.

Founder and Chief Investment Officer, M28 Capital Management L.P., Chairperson of the Board